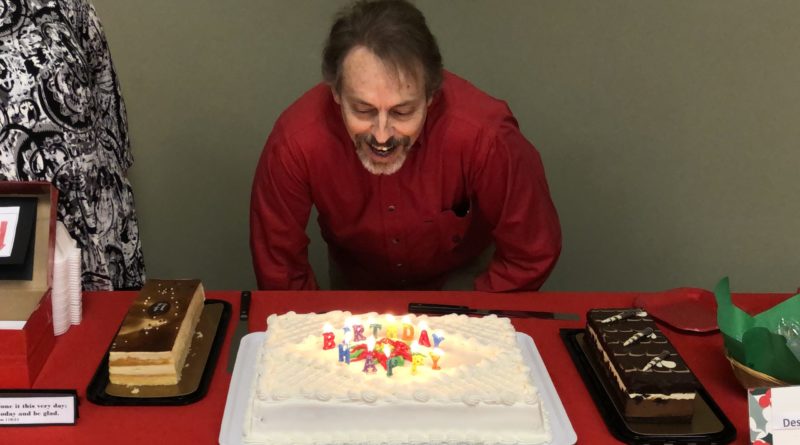 Enjoy these pictures of Jim Mosier’s birthday party celebration. Special thanks to Wendy Mosier for providing the food and organizing the party.

: Please note: The following story is made up.
Rumors has it that Jim Mosier was born somewhere in California in the mid-1960’s, and, shortly after a 4-year stint in the military, he departed to the high dessert of New Mexico to find himself. Three years later, he was discovered by campers who described him as glowing, with a long beard that wagged like a tail. He described his adventures being sucked up into a flying disc and then shared secret knowledge of the universe. Soon afterward, an unmarked van, with black-tinted windows and military personnel arrived, escorted Jim into the back of the van, and the van drove out of view.

Five years later, he was he was discovered in West Palm Beach, Florida, working as a clerk at Tropicana Bowling Alley, where he soon met Wendy, who was smitten with his knowledge of the quantum field and his ability to “talk his way out of a sunburn”. 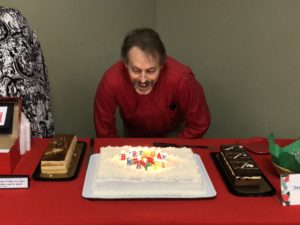 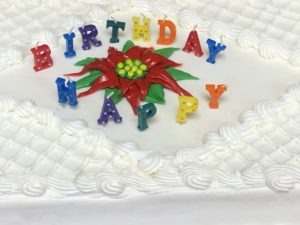 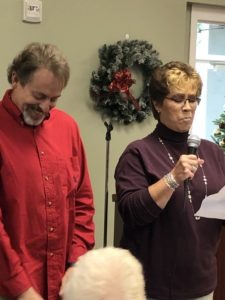 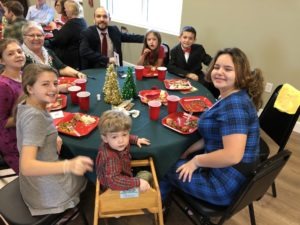 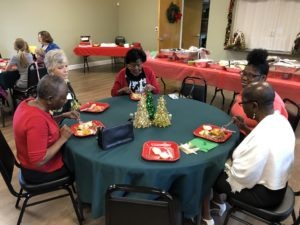 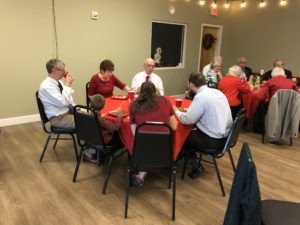 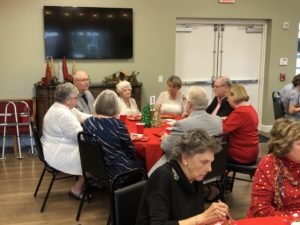 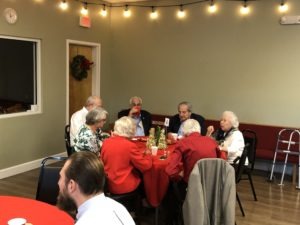 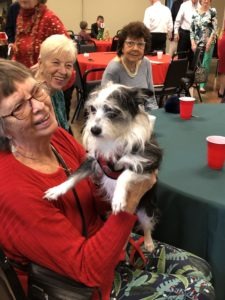 Kris Kemp is a writer, musician, ebook author, creative entrepreneur. He specializes in copywriting for sales pages and email campaigns. If you need copywriting, more customers, or a website built, call/text him at: 347-557-5487 / e: bicycledays@yahoo.com

What happens next?
Put in your credit card information and the amount you want to donate. Your credit card payment details will not be stored.
Is this safe?
Yes. We set up the payment processor with Stripe™, a safe, secure payment processor trusted by millions worldwide.
What is my donation going toward?
Your donation will be used to support missions work abroad in order to reach people with The Gospel of The LORD Jesus Christ.
What if I have questions?
Call/Text me, Kris (website admin): 347-557-5487 / Email: bicycledays@yahoo.com 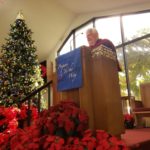 You’re invited! We would love to see you at our church service, featuring traditional worship music (hymns) and preaching from The Word of God.

Service:  Every Sunday, 10am – 11am, followed by fellowship & light snacks

RoyalPalmPresbyterianChurch.com (Please Leave us a review. Thank you.)

Here is how to access all virtual streaming option

Worship with us tomorrow! Traditional hymns and a

Tomorrow will be a Men's Breakfast. Bring a Brothe

Join Us on Social Media – Click the Links Below!

Find us on Google

Click here to visit our Google Listing, for photos and reviews! (Another page will open and this page will stay open as well.)